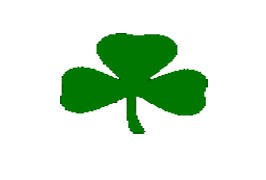 For safety reasons following the massive crowds on Trimgate St. in previous years, this year’s event will take a route to be confirmed following consultation with Gardai.

St Patricks Parade Navan Route will be as follows:

This year they have decided to launch the festivities with the annual  firework display which will take place in the Blackwater Park This is a great one for the kids and adults alike.

Navan Shamrock Festival is celebrating our National Holiday St. Patrick’s Day and hopes that all local business’s and retailers will join in. The festival is a about providing a carnival atmosphere of pageantry, spectacle, music, dance, comedy and family events over a three day period. It hopes to showcase all that is good about Navan and to send out an uplifting and positive message.

The Navan Shamrock Festival is the largest outdoor spectacle event in Navan  and will begin on Thursday night, this year they have decided to launch the festivities with the annual  firework display which will take place in the Blackwater Park.

Navan Shamrock Festival wishes to thank its generous sponsors Navan Town Council for their continuous support in helping this festival to become bigger and better with each passing year. The festival would encourage other sponsors to join in and harness the power of the festival to promote their brand and enhance their media profile. The festival offers a diverse range of sponsorship