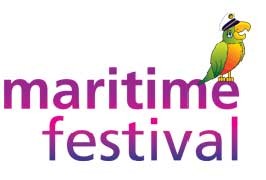 In Dublin this June Bank Holiday the Maritime Festival with its majestic tall ships,lively street theatre, uplifting music and a colourful outdoor market will take place alonge the Liffey Quays in the thriving Dockland area. The Maritime Festival for the first time this year will take place on  the quays both north and south of the Liffey with attractions for all the family.

Whats To See At The Maritime Festival 2011

Some of the most beautiful ships will be taking up residency on the River Liffey alongside our own Jeanie Johnston. The recreation of the Jeanie Johnston was one of the most ambitious maritime heritage projects undertaken in Ireland taking several years to complete. Acquired by Docklands Authority in September 2005, the ship is permanently moored at North Wall Quay close to Rowan Gillespie’s commemorative Famine Sculptures on Custom House

Climb on board the Atlantis, Lord Nelson, Le Aoife , The Loth Lorien and The Eendracht, for a chance to see what life of the high seas is like.

George’s Dock is the designated area for younger visitors to the festival, with plenty of rides and amusements to keep them occupied.  There will be a traditional carousel, helter skelter, bungee rides and lots of games and amusements, as well as peddle boat rides around the dock. Entertainment will be provided in this area by students of the McCormack Fay Irish Dancing School and the National Performing Arts School – both based in Docklands. Professional Irish Dancers from Celtic Dance Fusion will perform on Sunday afternoon. Applause Events and Promotions will have face-painters located on board the Jeanie Johnston, in the chq Building and on the South Quays

For land lubbers, entertainment on the quaysides will keep you bemused and amused with sea themed characters from the deep and the beach! There’s entertainment for young and old from Mermen and mariners to divers and lifeguards. On the stage at Maritime Festival, musical offerings including urban bass, finger – snapping foot – tapping raw rock ‘n’ roll’, traditional Irish tunes and swinging wartime jazz.

Probably the biggest (and best) outdoor summer market in the city, the Maritime Festival 2011 market features over 50 colourful stalls offering a vast selection of gourmet goodies and crafts from around Ireland and beyond. Having ambled around the spectacular tall ships, you will be gasping for a latte

Departing from the IFSC landing station, the Sea Safari’s specially designed RIBs will take passengers on a 30  minute tour of the river Liffey over the Maritime Festival weekend.  See the new Samuel Beckett Bridge, the Sean O’Casey Bridge, and the thriving Docklands area from a different angle.  Tours are suitable for just about everyone from children over 8 years old, and including those with special needs. Ticket prices €12 adults, €8 children under 18.

Departures from 4 to 7 June are at:

The Liffey Cruise is pleased to announce that it will be providing a service for the Maritime Festival weekend. Sailings will depart from the landing station on the Liffey across from the chq building. Ticket prices €10 adults, children under 4 Free. €7 children under 15, €9 children under 18 and Oaps €9

Departures from 4 to 7 June are at:

How To Get To The Maritime Festival 2011