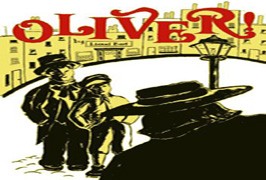 Following their sellout shows of last Christmas’ "Scrooge The Musical", Glencullen Musical and Dramatic Society have produced another musical Dicken’s adaptation in "Oliver!" Fresh from its TV success from BBC’s "I’d Do Anything", the show has already won 3 Tonys and 12 Academy Nominations (including 6 Academy Awards) for the subsequent 1968 movie.

This well-known story finds young orphan, Oliver Twist falling in and out with shady characters such as the pickpocket Fagin, the Artful Dodger and the murderous Bill Sykes. Previous shows by GMDS have received rave reviews, national nominations and awards. "Oliver!" is guaranteed to thrill.